STATUS: I will respond to messages later tonight after work. Five days down, two more to go! Let’s do this! 😊 19 days ago 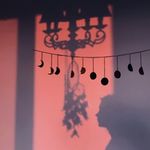 19 days ago
Current I will respond to messages later tonight after work. Five days down, two more to go! Let’s do this! 😊
22 days ago
On a seven day work week...great. 😊
2 likes
25 days ago
Unsure if I want to create a new group roleplay or reboot an oldie but goodie. 🤔👀
2 likes
30 days ago
Guess who's back?? 😊 I've missed it here so much and hope to get back into the swing of things soon.
2 likes
2 yrs ago
Rewatched all of Stranger Things and now, I need a roleplay based off of it. 😩

Sunshine is taken, but Dream Weaver is free if you'd like me to change to that? :)

At work and don’t get off until midnight. I’ll be sure to have something up for you to look at though.
In Name Change Request → 18 days ago Forum: Suggestions/Problems
Scratch that may I please get it changed to Sunshine, if that’s not taken. :)
In Name Change Request → 19 days ago Forum: Suggestions/Problems
Hello there! Can I please change my username to Dream Weaver? :)
In 【 Spy High 】 → 19 days ago Forum: Casual Roleplay
@Hitman I do have a character for this. He was used in a Kingsman inspired roleplay on another site but I can tweak him for this, if you’re still looking for another writer. :)
In A Dreamy Search Thread. → 24 days ago Forum: 1x1 Interest Checks
Status: Open

Hello, fellow writers on RPG. I am back after a two-year hiatus and ready to write some stories with some really good writers. Starting small so perhaps, only three stories for now. Below you'll find little tidbits about myself, what I expect from a partner, some fandoms, and pairings.

About The Writer:
• I am an adult and do work full time. Hence that replies probably won't happen every single day.
• I consider myself to be a high casual to an advanced writer by this site's standards. I write well over 300+ words. Multiple paragraphs.
• I try to post with exquisite detail, emotions, character, and plot development. I also like to add my own twists and turns to the story that we're writing, as well.
• I write as both genders, male and female, with absolutely no problem at all. I prefer to write either MxF or MxM. No FxF because I am not experienced with it, sorry.
• I only write through the threads. No PM roleplay unless things get steamy between our characters then that's a different story. I also fade to black.
• I adore writing Historical, Medieval, Modern, Slice of Life, Light Fantasy, and Romance genres the best.

About My Partner:
• Please be an adult(18+). I do not expect a reply every day but do not ghost me, please. Let me know if the roleplay isn't working out for you or something.
• Be a high casual to an advanced writer, at least. Meaning, no one or two liners. Give me something to work with.
• I adore detail from my partners and like to know what your character is thinking, how they are feeling and etc. Surprise me!
• Write any gender that you're comfortable with.
• Be willing to write through the threads. Do not ask me for a PM roleplay.
• Write within any genre you're comfortable with.
• Do not PM me with "wanna roleplay?" Give me an idea of what you are interested in so we can start plotting.

Fandoms:
I only write original characters but have no qualms if my partner writes canon.

► Game of Thrones: Only HBO show knowledgeable. I've seen all seasons, all episodes, and wouldn't mind doing something within the realm.
► Harry Potter: Only movie knowledgeable. I love Hogwarts so, anything with witchcraft and wizardry would be okay with me.
► Teen Wolf: Haven't seen it after the fourth season but do have an idea, sort of.
► The Tudors: Oh, where to begin? I adore this show so much and love it. Something during the time period will do.
► X-Men: Enough said, right? Wouldn't mind doing something either with us being new recruits or coming of age students.
► The Hunger Games: I am only movie knowledgeable. Have read the books but it's been ages. Would love to do the reaping and go from there.
► Divergent: Same as above. Only movie knowledgeable but would love to do something based around this.
► Avatar: The Last Airbender/Legend of Korra: Binged these shows and would to do something within these realms. Either something before or after Aang and Korra.
► American Horror Story: Seen all seasons and episodes although, Murder House, Coven, and Roanoke are my favorites. I wouldn't mind doing something based on any season though.
► Gossip Girl: Have so, so many ideas based on this fandom. But of course, there won't be any canons involved.

The Pairings:
I have plot ideas for almost all of these.

Do not post here, please. If you post here, I will ignore you. Send me a PM and to assure to read everything above, put your favorite song as the subject line. If you forget this, I will ignore you.
In InCheck - Descendants of Time (reboot) → 24 days ago Forum: Casual Interest Checks
Consider me interested, as well. :)
In 🌳 Hotel Valhalla: & the Gods of Asgard 🌳 → 28 days ago Forum: Casual Roleplay

@Wistful Dreams Your welcome to join feel free to send a PM if you have any kind of questions. :)

As of right now, we are full unfortunately! But don't worry, there will be open spots soon, and I'm going to talk to everyone that posted interest! Sorry, I had a friend express interest on Discord.