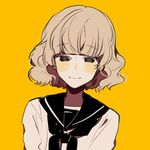 3 mos ago
Current Looking for interest! roleplayerguild.com/topics/…
3 mos ago
Sleepy and tired. 😴

In Life After -- A Zombie Apocalypse RP → 3 mos ago Forum: Casual Roleplay
The following sheets are accepted, provided the issues are resolved.

@SpicyMeatball
--Could you resize her FC so that it isn't so huge?
--Would like to hear more about her time post-outbreak.

@Salty Spitoon
--FC is kind of huge, so I'd ask you to resize it.
--Interested in hearing more about how she received her shoulder injury.

@Norschtalen
--Main complaint is with the FC being a tad big and could use some resizing.

@MissCapnCrunch
--As said previously, the FC is rather large and I'd prefer if it was resized somewhat.

@Everyone
--Been thinking and figured that it would be important that the squad would have some sort of communication devices, such as the radio Spicy mentioned in their character sheet. Feel free to add a radio or some kind of headset device to your sheet.

On another note, I'm going to wait some more time for sheets to come in because of Thanksgiving before I decide to start the IC. I hope you all understand.

I did have an idea for some background fluff for the squad to be nicknamed the Valkyries since people are deciding to make females.
In Life After -- A Zombie Apocalypse RP → 3 mos ago Forum: Casual Roleplay
Well, I'm back for good.

roleplayerguild.com/topics/180181-lif…
In Life After -- A Zombie Apocalypse RP → 3 mos ago Forum: Casual Roleplay

Plot Information
It has been five years since the dead took over, bringing the end of the world with them.

Though the majority of humanity has died off or joined the ranks of the unliving, some of those that have survived through the thick of the apocalypse have chosen to put down their weapons and join forces with other encampments and groups at the ushering of Scott E. Willis, a former politician from Michigan. Whilst his cancer would inevitably claim him, the coalition he had created would change the landscape of the apocalypse forever. No longer were people squabbling over dwindling resources, but instead working together as a team to rebuild a semblance of civilized society.

It wasn't never going to be perfect—there were still bandits and the undead to deal with, of course—but Willis' efforts ultimately saved lives that would've been lost without change. People had food to eat, friends to keep them from going crazy, and safe shelters to live in away from the dead and the crazy.

The job is never done, however, and there is much more to accomplish. Taking on the role of a Ranger, aptly named after the medieval guardians they were, your goal is to help the community in any way you can. Whether that means helping with repairs, scavenging for supplies, or even clearing out the undead, your hands get dirty so what's left of the world can stay clean. It's a risky job for anyone, and death may always be around the corner, but a full stomach and festivals surely beats huddling in a cold, abandoned house.

Are you ready to heed the call?
OOC Information

Character Sheet
Name: What it says on the tin.
Gender: Male or female.
Age: Preferably 18+.
Birthplace:Though this RP takes place near Lake Michigan, anywhere is acceptable.
Former Life: What were you before the apocalypse?
Appearance: A written description of what your character looks like. 2-3 paragraphs.
Personality: How your character acts and talks. 1-2 paragraphs.
Biography: 3 or more paragraphs detailing your character's life so far.
Gear: Your character's belongings. Being a ranger, they do receive access to gear commonly not found on the average survivor. Choose one to two pieces of military gear (weapons, vests, etc).
Skills: Five noteworthy skills that your character has.
Flaws: Two or more flaws that stand out and hinder your character.
Other: Anything else worth mentioning, like family and other things of note.
In Life After -- A Zombie Apocalypse RP → 3 mos ago Forum: Casual Interest Checks

I'm interested, but what is the overall plot? Is it going to be primarily up to us as the participants to drive the narrative or do you have something going on behind the scenes? Not that it really matters either way I'm just being nosy.

I have a plan for the plot, but I don't want to reveal anything just yet until it needs to be revealed in the IC.
In Life After -- A Zombie Apocalypse RP → 3 mos ago Forum: Casual Interest Checks

Depends on if he ends up being a good fit for this roleplay.

Interested! I've been craving to do some zombie RP for a while now.
If there is an option to double up characters I would gladly do it too.

Not sure if I want people to double, but I appreciate the interest!
In Life After -- A Zombie Apocalypse RP → 3 mos ago Forum: Casual Interest Checks

How many are you trying to get?

I'm interested. What are the limits and rules of the role play? Do you have a character sheet or format that you'd like for us to follow?

Limits are what guild rules allows, so no extreme gore, any possible smut in PMs, etc. Otherwise, the rest of the rules are stated above.