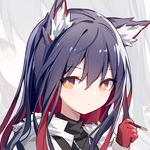 All you need to know.

In Deepest Abyss (Conquer the World) → 12 hrs ago Forum: Casual Roleplay
@I Need A Name

Yes, you would use that image. Accepted.

That'll most likely make you our last player for the time being then, @Maxwell.
In Deepest Abyss (Conquer the World) → 13 hrs ago Forum: Casual Roleplay
@Maxwell

So far there hasn't been a defined description of the Abyss' entrance, so you're fine on that front.

In other news, I think I'll be taking one to two more accepted characters before closing off recruitment.
In Deepest Abyss (Conquer the World) → 16 hrs ago Forum: Casual Roleplay

For centuries, the bottom of the Abyss has been shrouded in mystery, fear, and superstition. Some say it’s a hostile place inhabited by the strangest of creatures known to man. Others believe it to be a gateway, a portal into a realm much darker than mankind’s nightmares. The only truth, as far as humanity’s great empires were concerned, was that the Abyss served as the ideal prison for all manner of scum and villainy. For centuries the Abyss has welcomed those deemed sinful into its dark warmth, and for centuries the Abyss has stood firm beneath the world of Altfare.

Centuries-worth of stability and imprisonment were undone in a single night, when the world above shook, and the great Catastrophe engulfed the land. Those few and brave human guardians poached around the outskirts of the Abyss’ prisons had long since fled; or they were dead. There are those, many, who would seek out the chance of escape. And so, the Catastrophe served as their salvation. Prisons were torn asunder, cages were blown apart, and inmates turned tail, turned against each other, or turned towards the surface.

The price of freedom was steep after all, and vengeance against their human prosecutors was rampant, infectious like a drug. Even as long hours passed into forever-for no one truly knew the passage of time in the Abyss-the chaos of prison riots and breakouts still swept up many. Some of the violence was dying down, the murky depths and underground caverns slowly being stilled by silence. But not many had the gall or common sense to unite when each felt entitled to their own revenge and bloodlust.

Even now, the Abyss hosted conflicting parties with a host of stragglers picking at what they could. With none of their human oppressors to govern them, no law was in place to follow. A true no man’s land was what the Abyss had become, though rumor of certain sects of prison guards passed wind to the inmates. For some reason or another, a large grouping of werewolves sought to keep back the would-be prisoners, slaughtering any who dared to try and reach the surface. To what ends they work from, nobody knows, be it loyalty to humans or something more.

No one truly knew what the Catastrophe was, recent as it happened. Humanity may have just been doomed to extinction right above them. The only way of ever finding out was to escape to the surface and see for themselves. For those who seriously considered the task, the sect of werewolf prison guards was the first obstacle to overcome. Thus forth began the fated, perhaps even unholy, meeting of different sources, each coming to the largest prison’s “lagoon”. Murk, rock, and depth encompassed the poor excuse of a pool, but word has passed there were scattered weapons and other supplies to ransack from the night’s outbreak.

For centuries, the bottom of the Abyss has been shrouded in mystery, fear, and superstition. Built on the ancient bones of the once fledgling start of man, the Abyss is said to house the strangest and most vile creatures. Long has legend passed of its murky depths to the unknown, when now the darkness below serves as a prison for beings small and large who dare to commit heinous crimes against man. Ages passed, the great kingdom of man expanded, and soon it was the continent of Altfare that saw host to reside above the Abyss’ deep cages of imprisonment.

Even now the people go about their days in the light, happy and ignorant, as they waged their blood wars amongst each other. But the Abyss has waited in patience, welcoming those cast down and locked up to damnation with soothing arms only the darkness can provide. There is no law, no jurisdiction in the Abyss. None are innocent, but all seek a way to escape, be it by power, schemes, or debauchery. Long have the denizens in the deep depths plotted, and long have they lived.

Their long exile would not go unanswered. Something is stirring on the surface. A great power or perhaps war has shaken the very earth above the Abyss. Less and less prisoners are brought in and whatever guards dared to safeguard these ports of hellish intent have all but fled or been disposed of. The prisons are opening. The inmates are escaping. And the nightmares are festering back to the surface in a strange new world rocked by the Catastrophe. Revenge is infectious.

All those cursed for eternity within the Abyss seek nothing less than to conquer the world above. Factions are forming, allies, cutthroat as they may be, are gathering, and the promise of becoming Alfare’s new overlord is enough to entice and seduce those who’ve suffered far enough. To what ends will revenge and hatred for the kingdom of man carry? To what shall be conquered before they reach the top? Questions abound in the coming days but one indistinguishable truth is known both to the Abyss and to the hapless victims above.

It’s a long climb up from the deep, dark depths.

Accepted. Place him in the Character Tab.
In Deepest Abyss (Conquer the World) → 3 days ago Forum: Casual Roleplay
@Not Fungus

Make it clear Beguiling Light is an offense ability in the CS and he’s fine by me. Wait for @KoL’s opinion.

I like him. He’s accepted by me, though wait for @KoL’s final judgement. Seeing as no one has really mentioned Heaven too much in their CS, more than likely your interpretation of it will be the common one within the world and applicable to characters; that being a machine-like Heaven. There’s nothing to contradict it so far among other characters. As for your question.

Questions, what is humanities current tech level? And do they have any form of good supernatural forces on their side? I.E. non fallen angelic beings and such?

Humanity still uses traditional medieval/fantasy levels of tech, however there is also the incorporation of magic. Furthermore, other species do exist, those deemed a non-threat to humans. As for greater supernatural forces, there are perhaps some, though most are given form through belief and worship. While Heaven exists, that doesn’t mean every human acknowledges them. Those who do are granted divine boons and whatnot.
In Deepest Abyss (Conquer the World) → 3 days ago Forum: Casual Roleplay

I mean I assume the gods were the one's who threw all of our characters down there to begin with.