Topic of the Day/Week/Whatever Page 4

Meatball marinara with mozzarella on toasted italian herbs and cheese, sun chips and a drink. Practically all I eat there, but even then I don't really eat at Subway anymore since they've started jacking up prices.
1x Like

759 posts
in 1889 days
Seen 6 days ago
Italian BMT on whatever bread I feel like. Keep meaning to try others but meh.

Funnily enough haven’t had anything take out/eat out in about a month and a half. Looking forwards to society resuming.

I think it’s funny that for the first time in my life McDonald’s is closed :p
Hidden 3 mos ago Post by metanoia
Raw —

Usually depends on what I'm feeling but I really do like their meatball subs. Even Subway can't fuck up something as simple and easy as meatballs, sauce, and cheese on a french bread 6" roll.
Hidden 3 mos ago Post by Inkarnate
Raw — 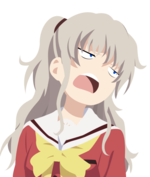 8528 posts
in 1862 days
Seen 10 hrs ago
Bio
Gonna bump the above question before I continue with the next.
Hidden 2 mos ago Post by rebornfan320
Raw —

683 posts
in 1110 days
Seen 8 hrs ago
Bio 2 days ago
My favorite character I wrote for an RP was my Fantasy half-elf, sure there are some for fandoms I do love but that was one of the first original ones I made.
Hidden 2 mos ago Post by HaleyTheRandom
Raw —
OP

just realized I have answered none of these questions. oof.
Hidden 2 mos ago Post by Inkarnate
Raw —

Bio 14 hrs ago
Dishonesty or a lack of communication, I suppose.
Hidden 2 mos ago Post by metanoia
Raw —

6705 posts
in 2109 days
Seen 13 hrs ago
Bio
I'd have to agree with the above posts. I won't say that I'm not guilty of the exact same thing that is a peeve of mine, but I'll hop back into action if someone yells at me like Inkarnate. That aside, though, lack of communication has killed entire roleplays that I've GM'd. Last year I had two RPs end because of people vanishing. One RP died at page 1 after the entire group just vanished out of thin air at the same time and wouldn't post anymore, and when I was hunting down people for posts or if they were still around for the other RP, I got "no thanks", "I didn't know the RP was still going on", etc. and similar responses.
1x Like

244 posts
in 1164 days
Seen 11 hrs ago
1 day ago
I'm with you on lack of communication and add on to that the avalanche effect that Kuro hinted at. One person disappear, someone else is "waiting for them to post" someone else says "well like half the party isn't posting right now so i feel like we should wait" and then yeah the last guy says "oh, that's still going on?" 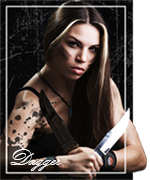 5866 posts
in 2182 days
Seen 40 min ago
Bio
1x1 writer here. I'd say my biggest pet peeves are partners who don't contribute to the plot (even their characters just go along with whatever mine want to do in the IC). There's a difference between a character with a passive/submissive personality and a ragdoll.

Also partners who take control of my MC without asking for permission first. It's surprising how common this is even though I don't know anyone who likes it when it happens to them.

One more for good measure: Partners who post interest checks making a huge hullabaloo about not ghosting a RP with them because they hate it more than the devil himself, but then they ghost you as soon as they lose interest. The double standard is so frustrating.
2x Like

"What is your biggest roleplay pet peeve(s)?"

just realized I have answered none of these questions. oof.

I think mine is when people don't read what you have put in the opening OOC post and just assume that everything they have come up with in their head is just going to be accepted. Like the whole character creation process is a two way street, but some people do seem to think that because they are creating the character, they are allowed to take whatever liberties they want.
3x Like 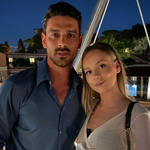 "What is your biggest roleplay pet peeve(s)?"

I have a whole damn list girl LOL:
🚫 F L A K I N G !!!
🚫 Lack of communication
🚫 Ghosting
🚫 Not adding to the plot/subplot/rp
🚫 Lack of or little OOC talk, be it for 1x1s or groups.
🚫 Favoring one character over others when playing multiple in the same rp.
🚫 Not reading/skimming fellow writers' posts or the OOC information.
🚫 Being asked questions that are clearly answered in the OOC, a character sheet, or a post.
🚫 Backseat GMing.
2x Like

"What's the best RP you've ever been in?"

Truth be told, I have a lot and some for different reasons. I have a roleplay I love because of the character depth, a few because it's in a setting I really enjoy. But, if I really think about it, there was one roleplay that was a tad short-lived but it's one that always stays true to my heart. It wasn't on this site (although a lot of the characters spawning from this rp have evolved into characters I use today).

It was a Bleach RP and I remember it being one of my favorites for a lot of reasons but I think it was honestly because one of my favorite characters I've ever created made their first appearance in that roleplay.

And side note: it was the first rp I got to flex my villainous muscles and see how much I could get away with in terms of writing sexual on a public forum that didn't necessarily allow that sort of thing.

"What's the best RP you've ever been in?"

Definitely my ongoing medieval 1x1 with BuzzingBee. We've been working on the RP for over 5 years, getting close to 3000 posts in the IC and spanning about 2 and a half years in the story's timeline from post one to the current page. It's by far the most complex saga-style story I've ever written with someone, and the characters are near and dear to my heart.

Plus, real friendship has come out of it, since we've been chatting for so long and keep in touch with each other both on and off RPG!

I'm excited to see just how long this story gets before we eventually reach the conclusion. We have a lot planned that hasn't even been touched on yet.
↑ Top