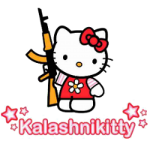 @TheEvanCat Aren't marines or other special operators allowed to use private equipment? I know in some book I read, this Delta Force guy bought his own stuff and weaponry, and it was written from a realistic perspective afaik, as it happened. But I'm not sure if that actually holds up.

Billie Badass might be able to, just because their missions are highspeed and so are they. But at the same time, Delta Dan also gets more highspeed stuff issued (a different kind of vest compared to the regular guys) so they don't buy it either.

Regular Joe, however, in the Army or Marines, uses what Uncle Sam gives him (in terms of helmet and vest and the fire resistant ACUs we have, PPE and stuff.) You can buy commercial pouches, boots, gloves, whatever, so long as it's approved for use (AR 670-1 boots, APEL protective eyewear, etc.) But usually you have enough to work with and you don't need operator shit even if I am guilty of owning Oakley gloves with the hard knuckles (my roommate gave them to me.)

You also don't want to be *that guy* with all the expensive cool guy stuff, because then people think you're a douche.

Back in the day of the Iraq Invasion, people would buy stuff like dragonskin armor that everyone thought was the bee's knees before they found out that it didn't protect you as well as a ceramic plate, so quite a few people actually died from shitty protective equipment and now everyone has to wear the same thing.
Hidden 3 yrs ago Post by TheEvanCat
Raw —

Oh, no, no BP vests or NVGs- too expensive, anyhow. Just a Gen II NVS is expensive as crap, and my brother doesn't want to spend THAT much on that sort of thing. Just tactical vest, uniform, etc.

They'd actually make us physically tie our scopes and NODs to us so that if they fell off the mounting brackets we wouldn't lose them. Radios, too.
Hidden 3 yrs ago Post by Odin
Raw — 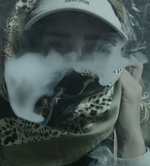 3772 posts
in 1361 days
Seen 1 hr ago
Bio 12 hrs ago
@TheEvanCat ha, yeah that makes sense. 'Operators' are usually /k/ommando's from my experience and half the time just buy it to look like the cool guy from the Medal of Honor poster. Seems like something a PMC guy might want to do. Either way thanks for explaining. US military is obviously quite different from my country (the Netherlands) military..

470 posts
in 1312 days
Seen 10 mos ago
Bio
Since everyone else has here's my "First time on a plane" selfie, before I went abroad

I went to Europe with a school program to Germany, Switzerland, and Austria. So my first plane ride ever ended up being for 11 hours lol.
1x Like

Also, as a non-Pokeman, I have no idea what all this fuss is about.
Hidden 3 yrs ago Post by Rain
Raw —

Are we still roasting people?!?!

Oh yeah, well I can blend into gravel pits.
1x Like

Oh yeah, well I can blend into gravel pits.

Or grandma's couch for that matter!
Hidden 3 yrs ago Post by TheEvanCat
Raw —

Or grandma's couch for that matter!

The Navy wins.
Hidden 3 yrs ago Post by WilsonTurner
Raw —

The Army wins
Hidden 3 yrs ago Post by Rain
Raw —

Chuck is wearing either MARPAT or AOR1 so by that picture, the Corps AND the Navy Win
Hidden 3 yrs ago Post by WilsonTurner
Raw —

Chuck is wearing either MARPAT or AOR1 so by that picture, the Corps AND the Navy Win

This guy wins.
Hidden 3 yrs ago Post by Dolerman
Raw — 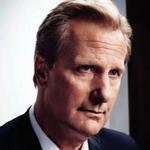 - Me, Judging you heathens. 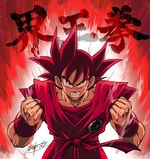 Considering what this thread was meant for, I'm guessing flirting is your way to getting a rear upskirt pic from me?

Considering what this thread was meant for, I'm guessing flirting is your way to getting a rear upskirt pic from me?

On a side note I'll totally take those upskirts! :D
1x Laugh