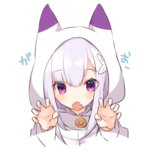 “it’s always a good time to speak the truth.” he said with a bigger smile seeing Keri turn slightly red. well at least for some things... thinking of the feminine voice in his head a few moments before. Not everyone needed to know about that.

He glanced around to the other teams. From those he knew it would seem it would be a tough match no matter who he teamed up against. However seeing a girl turn to water, he sure didn’t want to be teamed up against her. That would greatly limit his fighting ability having to worry about her.

Looking back he was shocked to see chi suddenly hugging Keri. While the look on her face was priceless he was also impressed how quick the guy moved. He might need to take some notes. First Freya and now keri.

However he smiled looking to how uncomfortable Keri was for the moment and got a brilliant idea. “Hugs? I love hugs! with out giving Keri a chance to wiggle or teleport away, he pulled both chi and Keri into a hug with his bear like arms.
excellent team building exercise!


A girl with long silky black hair that almost touched the ground as she walked sighed as she walked towards the students on her team. One of them she knew from class, who was always sleepy and could cause the rest of the class to be tired as well if they weren’t careful.

The other boy she didn’t know. While he was cute, he didn’t seem very nice almost jumping into people. After listening him speak it only added to his unsightly cockiness. She just hoped he would actually listen to what ever plan they had. And not go on his own.

Her face was not amused by his attempt at jokes. Being very calm on the outside herself, it would seem she completely ignored him. Readjusting her outfit she then said, I am Chiha keito, or the silk sword. My hair can become strong and sharp as a sword, but remain flexible. The more separate ones I create the harder it is to control and is taxing.

She allowed her hair to [url]harden[/url]and form into dozens of small ‘blades’. For a moment before allowing them to revert to their normal state.

Finn Was light on his feet through the forest. Having a small leather back pack tugged tightly against his back, the few items he had stored in there packed neatly as to not move around when he had to move around quickly. Rather not staying on the path directly but just off of it, using the time to practice his footing on the boulders or logs. His bow in hand. Compared to the others he probably had the lightest amount of gear. Not even having a bed roll, and having a bare minimum amount of food. Planning on hunting any small game while they traveled.

He just so happen to be next to Maribel when she asked him a question. “Wel-“ he started when suddenly Leon cut him off and answered her. This annoyed him slightly, Finn didn’t sound at all like Leon. The guy then went on with a lengthy explanation. With 90 percent of it not really ANSWERING the question at hand.

When he was finally done, he looked to Maribel. ” As I was going to say. Lots of Ruins are usually empty, unless it’s a crypt or fortress which would have traps and or undead. While it’s a possibility considering when it was lost and why the guy didn’t decide to come back.

Normally it would be good to keep eyes out for bears, wolves or large cats that make it a home. Which Could be another reason he didn’t want to risk it. I would probably think it would be a pack of wolves or bear, ive seen some in these woods not too far from here actually. not many normal hunters would want to risk that.

Bandits making camp is unlikely as the hunter wouldn’t have been able to get a trinket from them otherwise.

He looked at Tristram as he was wanting to scout out more to the west before heading north to get some height.
you are only going to ge the same amount of trees and leaves. I can guarantee those trees grew taller than the church and new trees filling in the courtyards. he then pointed north, north west slightly with his bow. “you see that line of suppressed trees over there? The ones with more of it’s canopy lower than the rest running north? The trunks are thinner compared to the rest. Yet the height is almost the same as the canopy. Meaning it got more sunlight for many years.

They might not see it he thought to himself. Having grown up in the forest he picked up on these things. As for marking the trees he preferred they cut them to mark it. But he rarely got lost in the woods and didn’t think about bringing anything else. So he kept his mouth shut on that. He just continued to look for signs for bears or wolves. Be it markings on a tree or scat. Or any other indications of people being there.